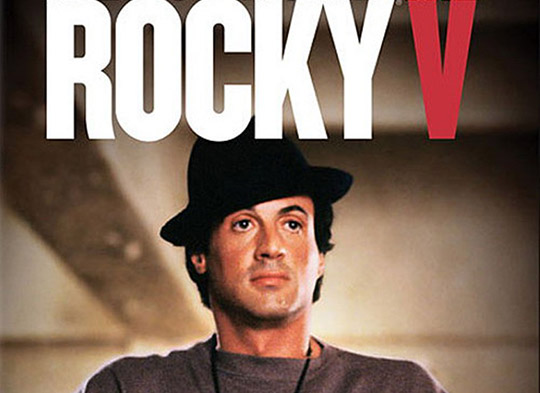 This chapter in the Rocky saga (you can find the previous Rocky films we’ve reviewed here) sees The Italian Stallion take a different role. Suffering with a brain injury from the beating he took at the hands of Ivan Drago in the last film Rocky has to officially retire from fighting, but finding his money has been squandered he reopens Mickey’s gym and starts training fighters.

When one of Rocky’s top contenders leaves the gym and claims the heavyweight title the media compare him to Rocky, leading to talks of a mega fight to settle the situation. Rocky finds himself needing to step up, either inside or not.

Seeing Rocky in the role of trainer may be standard with the new Creed films (we reviewed the first one here, and the second will be out soon) but in the fifth Rocky film it offered a completely new perspective, as well as highlighting (all be it not in the most in depth or realistic way) the long term effects that fighters have to deal with after suffering for our entertainment. It’s a fresh view for the franchise and whilst not, in my opinion, a quite as iconic as IV, Rocky V is well worth a watch.

“Get up you son of a bitch, ‘cause Mickey loves you”