Founded in 1996 by Paul Reavlin, Revgear strives to be an industry leader offering innovative equipment for hard working fighters. Paul was training for his black belt when he grew frustrated with the false claims of quality from the brands available at the time and so decided to launch his own brand. Tested and developed by martial artists, Revgear aim to provide equipment that’s going to keep up with any punishment you can throw at it during a training session.

About the shin guards

These shin guards are available in 4 colours on revgeareurope.co.uk. The shin guards are black at the sides, with a curved coloured panel down the centre in either red, blue, white or black. They’ve really nailed the design of these shin guards, and the two-tone visuals look really stunning.

The shin guards are really rich in colour and looks absolutely great next to the contrasting black panels either side. The ‘Revgear’ and ‘DE’ logos are proudly shown on the front of the shin guards. The design of the Revgear logo is much more refined and recognisable than on Danger’s own branded ones, and makes for a slightly more classic and familiar design. Most fighters know exactly who Revgear are. The Revgear logo is also printed across the upper straps, and on the bottom strap you can find a small graphic labelling the shins as ‘DE Semi-Leather’.

The semi-leather on these shin guards seems slightly different to the synthetic leather we’ve found on other products in the past. It feels really high in quality and doesn’t have any oily feel to it like some cheaper gear can. At the same time, it doesn’t quite feel like leather either. When talking about Boxing Gloves, many people prefer to stick with leather for the uncompromised quality, but when talking about shin guards, having real leather isn’t as important and in many cases synthetic leather like this can often perform just as well, if not better. Despite being used to kick people regularly, there’s only one small scratch-like mark on the foot of one shin guard, but other than that, there are no visible signs that the shin guards have been used at all.

The inner material is really quite nice and seems to find a good mid-point between comfort and grip. It also doesn’t seem to soak up as much sweat and moisture as other shin guards, meaning my shin guards still smell pretty fresh even after a number of intensive sessions.

The elastic on the feet of shin guards are often prone to fraying or breaking off, however they’ve used wide and fairly thick elastic, so should endure the test of time fairly well. Because of the shape of the shin guards, they also likely aren’t affected by as much movement either.

These shin guards seem to be beautifully built, and I was really surprised by just how contoured and fitted they seem to be. On the front of the shin guard, the coloured panel hides a slightly raised padding, for extra shin protection, while the insides are naturally curved tightly to fit the leg as closely as possible. For someone who doesn’t have huge legs such as myself, this offers a much better fit than a lot of the wider style of shin guards available.

The stitching is also really well done, and is neatly incorporated in a way that is hardly noticeable, even around the seams.

The straps on these shin guards are about 2 inches thick, and I’ve found the Velcro holds firmly enough. The straps go through a loop and secure back on to themselves. Instead of the loop being exposed, which can get caught or hit, it’s encased in leather, which presumably improves the durability slightly too by keeping it protected from sweat or other moisture. This type of strap is great for getting the shin guards on nice and tight, which helps to prevent any slipping or unwanted movement. One problem I have found is that the straps are slightly too long. While I appreciate these have to fit people with calves of all shapes and sizes, I feel like the ankle straps are far longer than they need to be, and if I was to pull them as tight as I would ideally like them to be, only a fraction of the Velcro sections actually connect, with a good 3 inches or so of strap wasted.

I’ve already mentioned the fit of the shin guards a little bit, and overall I think these have been really nicely designed. As well as the good fit around the shin, I also found these to fit well on the foot. The padding comes around the sides of the foot and sits quite nicely underneath the ankles. There doesn’t appear to be much of an exposed section in the joint either, so you shouldn’t find it a problem when you mis-judge kicks and land them with the wrong part of your leg. They also cover the whole foot quite nicely, covering the toes and keeping it all protected.

The top of the shin guards sits about knee level for me, rather than above or below, however the inside padding seems to be angled slightly to keep them away and stop them from hitting the knee at all, meaning they have a good level of protection without sitting uncomfortably on the knee.

These shin guards are designed with the foot in a standing position, and I’m personally used to shin guards with much more flexibility in this area. To be honest with you I was a little worried I wouldn’t get on with them at first. When wearing these you can’t really straighten out your foot, instead if you try you just end up stretching the elastic, while the padding stays exactly where it was. I was really worried about landing a kick wrong and catching it all on the toes. To my relief, this hasn’t happened, and I actually found I quite like these. They might not be too suited to fighters who kick with the instep, however if you try to kick with the shin, in a much more Muay Thai or MMA style, these are perfect (They are Thai style shin guards after all). I found I was naturally positioning my kicks a lot better without even thinking about it and finding my range a bit better.

While this type of shin guard might not be everyone’s preference, I personally found that the fit and extra protection around the sides of the foot made this a great choice, not to mention that the foot position prevented these from slipping too much, something I’ve often had a problem with in the past.

These shin guards retail at £64.99 which, considering the prices of other Thai brands of this quality tend to be roughly in the £60 – £80, isn’t too bad a price. While this may be slightly more than a beginner would like to pay for shin guards, these are really protective, well-fitting shin guards which don’t have problems with slipping, so are worth the investment for fighters of any level.

Looking to buy these? 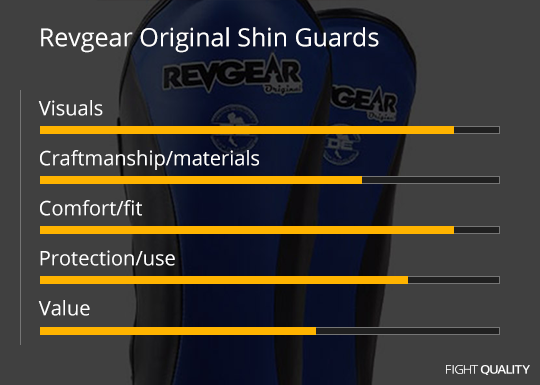 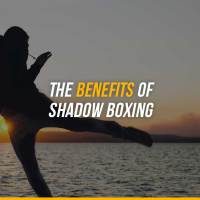